I would like to provide a bit of background and a few answers to some of the questions that I received both prior to and after the removal of the mature Douglas fir eagle perch tree that BC Hydro removed recently on Wireless Road. I understand the significance and emotional attachment to this marvelous tree and much thought was given prior to its removal.

I have been an arborist for BC Hydro for the last 7 years and in my first year with the company was immediately concerned about the integrity of our facilities along Wireless road and the threat that several of these large overmature, declining conifers posed. It is worth mentioning as well, that the trees in question are on road allowance (Crown Land) and not private property.

In April of this year, I once again brought them to the attention of our Vegetation Specialist in our Nanaimo office, who suggested that I wait until after the critical breeding period for eagles as there is an active nest in very close proximity to these trees. In the middle of October, a windstorm broke the top off of a stem across the road which was much younger and in a lesser state of decline than the 3 stems that we have been monitoring. This was a significant outage for BC Hydro as the clean up involved was extensive and necessitated the removal of 4 tons of contaminated soil on the road as the result of a broken transformer which leaked oil on the road. We then had to bring in a similar amount of clean soil and re-surface the road. We now had a responsibility to act in the interest of public safety.

I then met with several residents along the road, phoned a few others and coordinated a meeting with our Vegetation Specialist, Tara McCormick to address the issue. The residents had several concerns and we had a productive discussion, wherein everyone present agreed that the 2 stems with more advanced decay further down the road and leaning towards the high voltage conductor were not a concern to them, but the most significant stem in front of 353 Wireless Road was very important to them. Tara and I indicated that we would remove those 2 stems in the near future and pay for an assessment by an independent Certified Arborist with the use of a resistograph to provide better data prior to removing the 3 rd stem. We re-iterated at the end of the meeting, that if the results of the report suggested removal of the tree, that BC Hydro would have to act accordingly.

The resulting report from Verna Mumby, a local arborist indicated that removing the stem was the best course of action to provide for public safety and system reliability and to avoid obvious environmental consequences.

The tree was removed the following week by bringing in a 95 foot boom truck to remove the tree safely, as the typical 70 foot boom truck would have caused us to remove a much larger portion of the tree all at once, which is difficult in an area where there is not a lot of room to work. BC Hydro also consulted adjacent landowners and the amount of damage that would have resulted to trees on their property was not something that they were in favor of.

After the removal of the tree, BC Hydro received a few questions and concerns, such as, why was the tree not removed in larger sections so that the wood could have been used for something other than firewood. As mentioned in the previous paragraph, we were very limited for options when removing this stem. The narrow road, other utility lines, as well as our own that were in close proximity and a steep bank at the road’s edge. There are recent examples in the Sand Pines area where we left some large conifer removals (on Crown Land road allowance) in larger sections for adjacent residents to use, which is what we do when possible, but unfortunately it was not in this instance.

Several residents commented on the “soundness” of the tree and how little decay was present despite the resistograph results given by the independent arborist’s results’, which indicated extensive decay at the base of the tree . While the stem did exhibit very little decay throughout the stem, which was somewhat surprising due to the presence of fungal bodies in several instances on the stem (usually an indicator of extensive stem decay), it is important to note that the stump was left at a height of several feet above ground, at the residents’ request. If this stem were removed to ground level, there could be advanced decay present both in the butt and roots. In the storm that we experienced last Wednesday, I attended 2 sites where the wood was very sound in a cross section of the stem at 4 feet from the base (one dead and one alive), but the stem at ground level was to the point of decay that I could grab handfuls of the fiber and pull it away in chunks. See photo below. In one of those instances, the dead stem in the photo, there was a fruiting body at 10 and 16 feet from ground level. It is therefore quite possible that the eagle perch tree could also have failed at ground level despite the lack of decay further up the stem. It is also worth noting that the Phaeolus conks that were observed on the stem at a 10 foot height are a strong indicator of both root rot and butt rot. “Conks on the ground, several feet from the base, or at the base of the trunk indicate root rot rather than butt rot. Conks higher up the trunk indicate extensive butt rot.” (Common Fungi Affecting Pacific Northwest Trees – Implications for Tree Risk Assessment – Complied by Dr. Julian A. Dunster & Dr. R. Edmonds.

BC Hydro was also asked why the stem could not have been left as a wildlife tree. While this would have been our preference, trees in close proximity to areas frequented by the public, roads and steep banks are not a suitable location for leaving wildlife trees which are destined to fail in the future. In some instances, where the lower portion of the tree is still green, we perform this and monitor the tree to determine whether removal is necessary in the future.

It is also worth noting that the tree in question has resulted in 2 other outages in the past from laterals landing on, and in one instance, breaking the high voltage conductor.

While I appreciate the attachment of the residents in the area to the eagle perch tree on Wireless Rd, the tree has been dead for many years and it would not have been a responsible decision for us to leave this tree standing given the information that was in front of us.

We conducted the removal outside of the critical nesting and breeding period and there are many other suitable perch trees in the area that the eagles will be able to use in the future.

BC Hydro investigated all of the relevant environmental regulations and took a proactive approach in addressing the adjacent resident’s concerns and spent considerable time and effort after removing the trees to ensure that the area was left in a suitable manner.

Please feel free to contact me directly if you have any further questions or concerns.

This email and its attachments are intended solely for the personal use of the individual or entity named above. Any use of this communication by an unintended recipient is strictly prohibited. If you have received this email in error, any publication, use, reproduction, disclosure or dissemination of its contents is strictly prohibited. Please immediately delete this message and its attachments from your computer and servers. We would also appreciate if you would contact us by a collect call or return email to notify us of this error. Thank you for your cooperation.
-BCHydroDisclaimerID5.2.8.1541 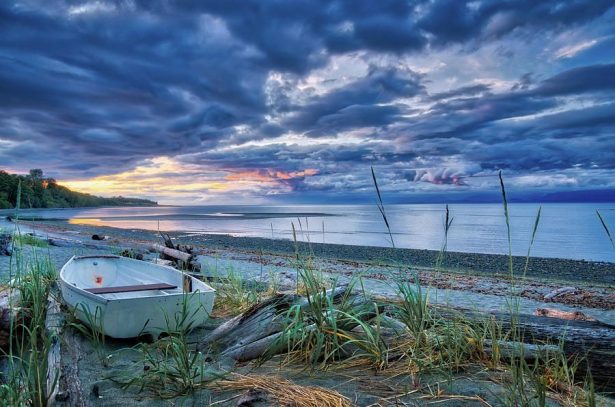